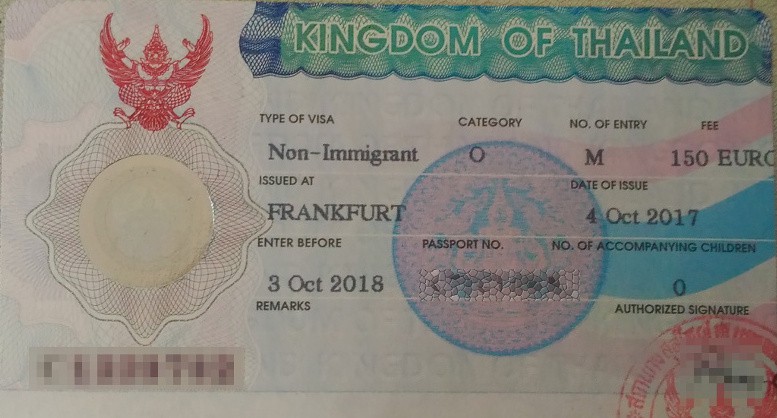 On November 22, 2016, a government spokesman in Thailand announced that there will soon be a 10 year visa for Thailand. An exact date, from when this visa should be available, is still not yet fixed.

Update, 17 August 2017: From now on you can apply for the new 10-year visa at the local immigration offices in Thailand.

Target group for the 10 year visa are obviously well-heeled foreigners, over 50 years. This can also be clearly read from the previously published regulations and requirements.

Firstly, this “visa” is obviously an extension of a normal non-immigrant O visa to 10 years, but this is divided into two sections, of five years each.

According to the government’s statement, the visa is intended to stimulate medical tourism in Thailand.

With this Ten Year Visa you still have to “report” every 90 days at the Immigration.

You are not allowed to work with this visa in Thailand.

The prerequisites include a monthly income (pension) of at least 100,000 Baht. According to the current exchange rate, this would be about 2650 Euros or a bank balance in Thailand of at least 3 Million Baht.

The 3 Million baht can not be withdrawn (even parts of it) in the first year of the visa.

Whether there is an exception with lower amounts for people who are married to a Thai citizen, is not yet known.

In addition, it still needs proof of health insurance, which covers hospital stays in Thailand up to an annual amount of US $ 10,000.

The old annual visa extension of the Non Immigrant Visa is stll available.

Living in Thailand without a Visa