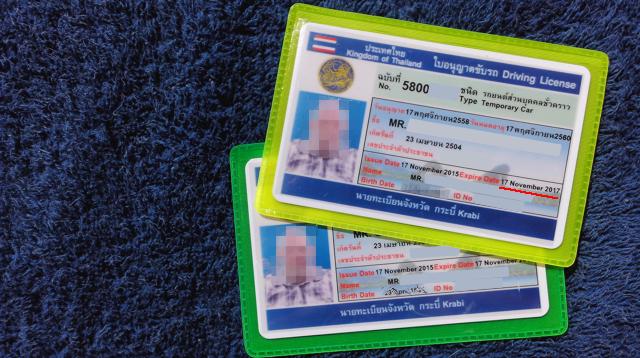 The times where you could “buy” a Driver’s License for 500,- Baht are over since the ousted Prime Minister Taksin tightened the rules for officials. To get a driver’s license today, you will have to go to the Land Transport Office (LTO), usually at the municipal hall and bring the following documents:

At the LTO you have to do the following:

Watch a video about the Thai traffic laws which takes up to 2 hours. So go there early 9:00 am!

After the video, you’ll have to do the “written exam” at a computer: 50 Questions for motor bike, 50 for car. You may buy an English book with all the traffic rules before and study.

Now you also have to prove your driving ability on a circuit with traffic signs, crossings and you have to show how to park your car into a parking space. You may bring your own car or motor bike along otherwise you can rent one there just for the test.

If you passed everything you may pay the fee of about 200 Baht per licence and they will take a computerized picture of you and issue the licence.

If you fail any of the tests, you may try again the next day. Good Luck!

Your first driving licence will be valid for one year. Then you’ll have to renew it.

With a Non Immigrant Visa in your passport, the renewal will be good for 5 years, with a Tourist Visa only 2 years.

A few tipps on how to drive in Thailand: