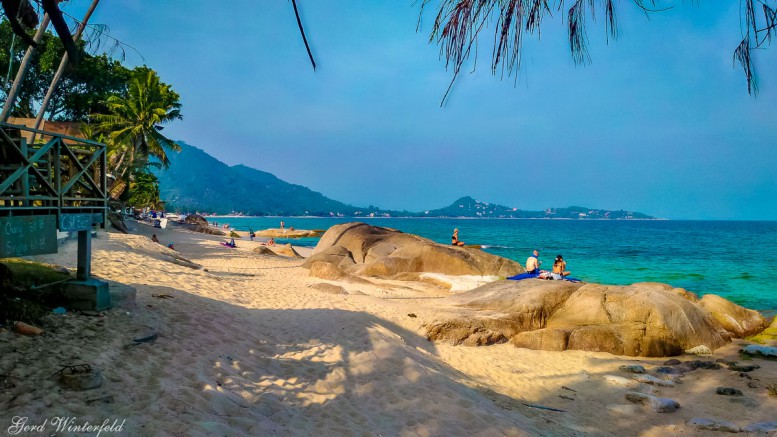 The Beaches on Koh Samui are what makes up the flair of the whole island apart from the approximately 3 million coconut palms.

The beaches are scattered around the island but only the beaches on the east coast and the north coast of the island, are largely touristy and equipped with everything the tourist desires.

But also on the other beaches, for example in the south or west of Koh Samui, there are some hotels and bungalow resorts. However, it is much quieter there than on the main beaches on the east coast. Here is a brief description of the most beautiful and famous beaches on Koh Samui.

Chaweng Beach is undoubtedly the main beach in Koh Samui. It is probably also the most beautiful beach on the island, although of course it is a matter of taste. 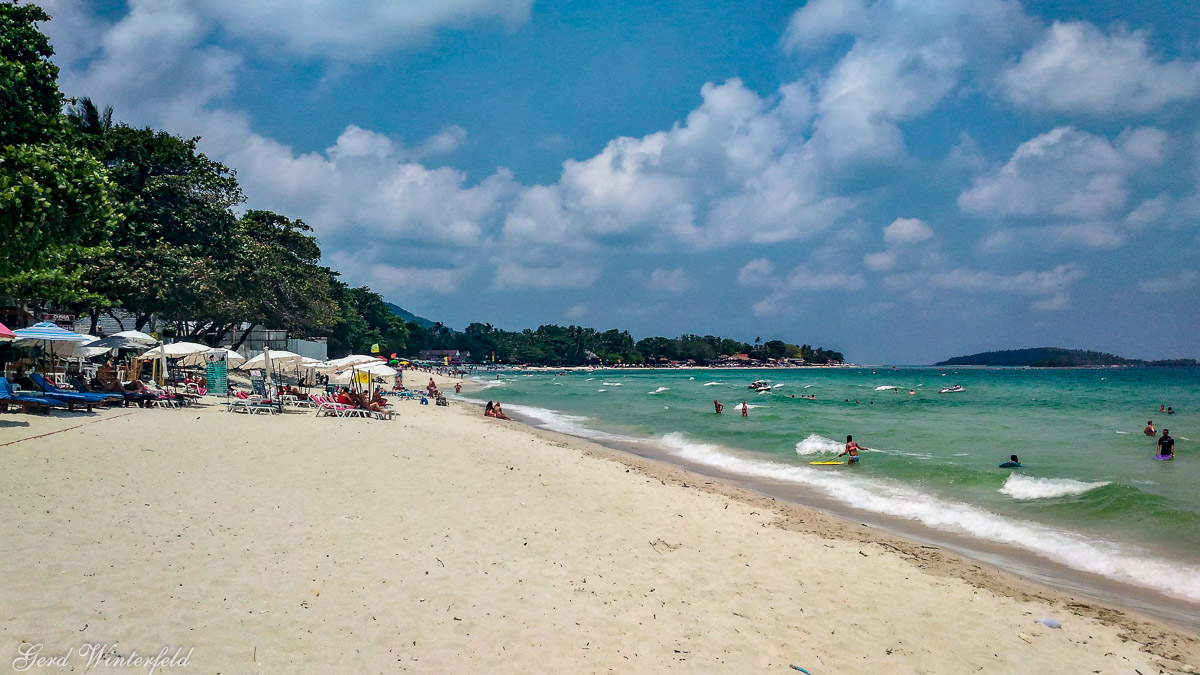 The Chanweng Beach is about 3.5 km long, with almost white sand and merges at its southern end in the Chaweng Noi Beach. At the extreme northern end there is an offshore reef and at low tide it can be a bit difficult to swim there.

This is a shorter, approximately 1 km long beach section, south of the large Chaweng Beach. The Chaweng Noi Beach is separated only by a small headland from Chaweng Beach. 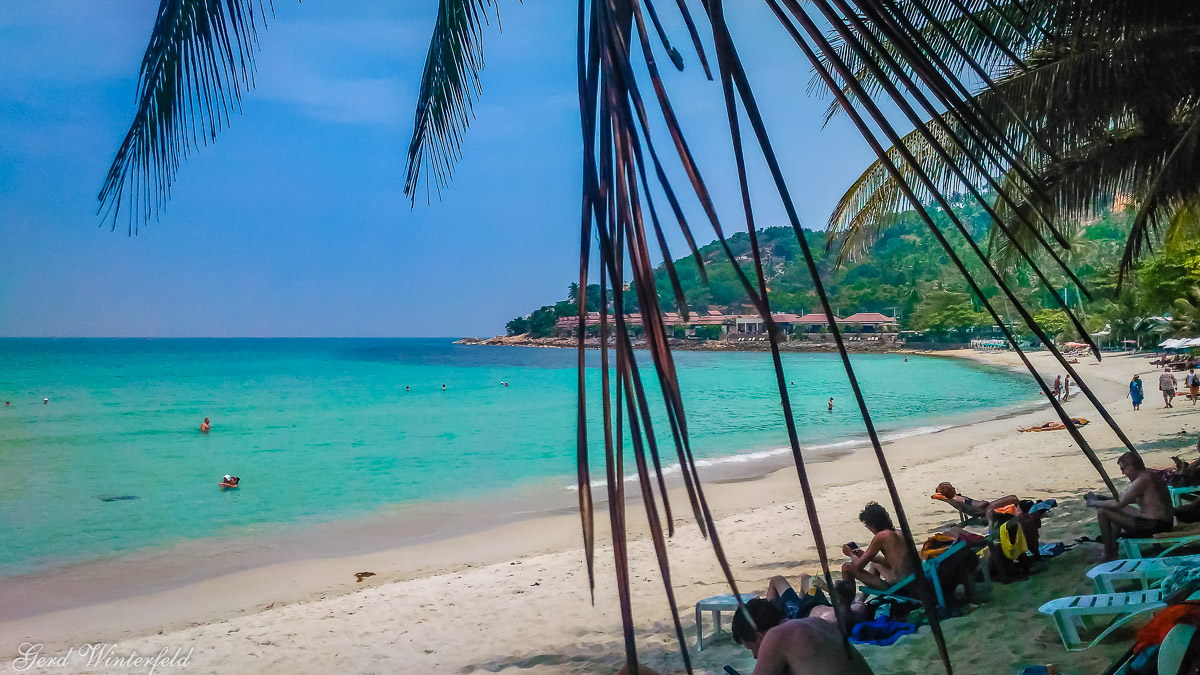 Lamai Beach is about 2.5 km long and is located just south of Chaweng Beach. On the rocks, at the southern end of the beach, is the Grandfather & Grandmother Rock, one of the most famous sights on Koh Samui. 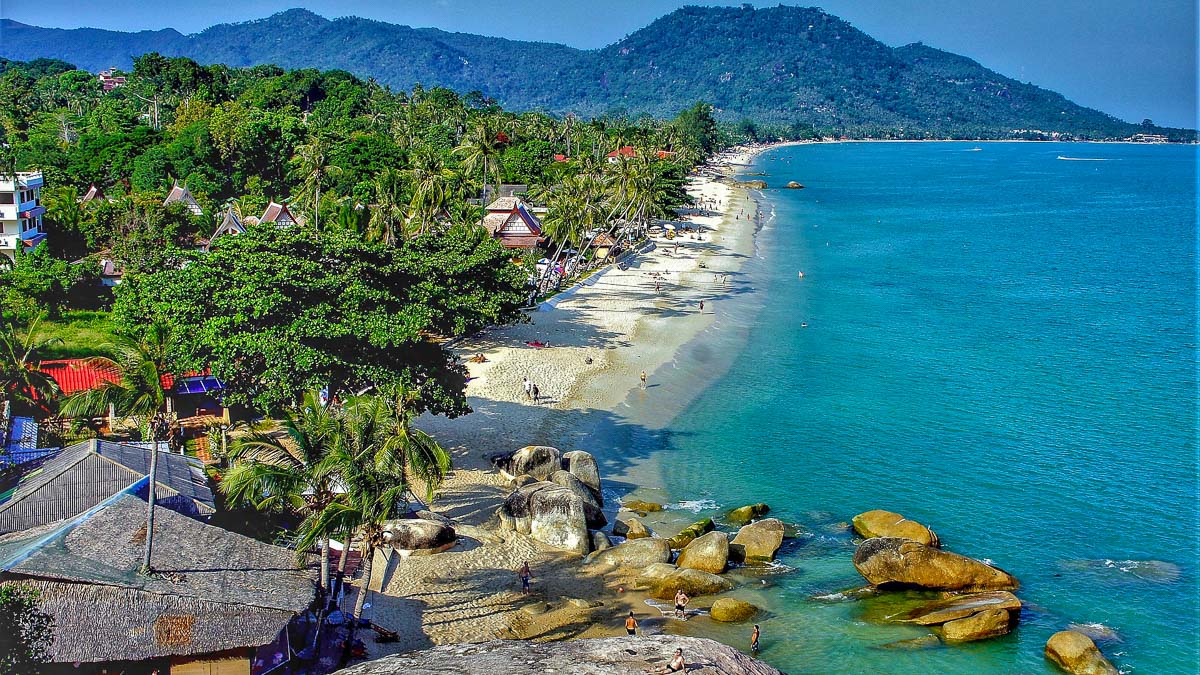 As on Chaweng Beach, all hotels are located right on the beach and are not separated by a street. Overall, Lamai Beach is a bit more relaxed than the Chaweng and the hotels and bungalow resorts are a bit cheaper.

The Big Buddha Beach is located on the north side of the island and borders with its eastern end to the famous Big Buddha, the landmark of Koh Samui. From the beach you have a view of the neighboring island Koh Phangan. 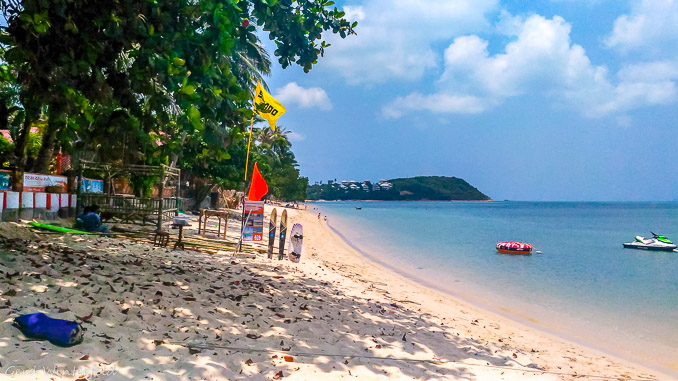 The beach is relatively narrow at Big Buddha Beach compared to Lamai or Chaweng Beach. However, it is very sheltered and the water here is very quiet even in the months of October to December, while on other beaches on the east coast often big waves accumulate and make swimming temporarily impossible.

Bophut Beach is pretty much in the middle of the north side of Koh Samui. It is separated from the Big Buddha and Maenam Beach by a small headland at either end of the beach. The beach is about 2.5 km long. 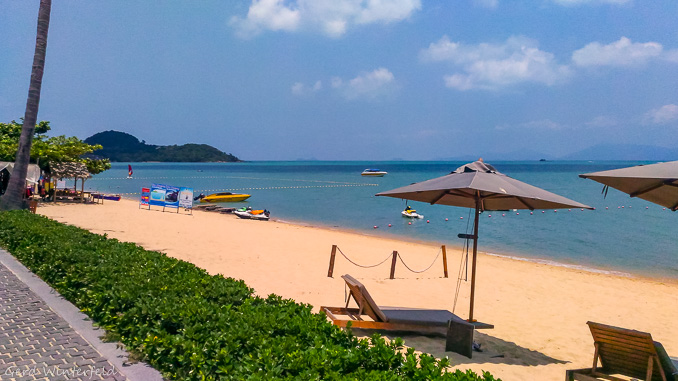 In the middle of the beach, there is a jetty for boats going to Koh Phangan or Koh Tao. This area is also the center of the small  Bophut Village (Fishermen Village), which in recent years has become a small tourist center with restaurants and tourist shops.

Maenam Beach is the third beach along the north coast of Koh Samui. It is about 4.5 km long and is suitable for swimming even during the monsoon season. 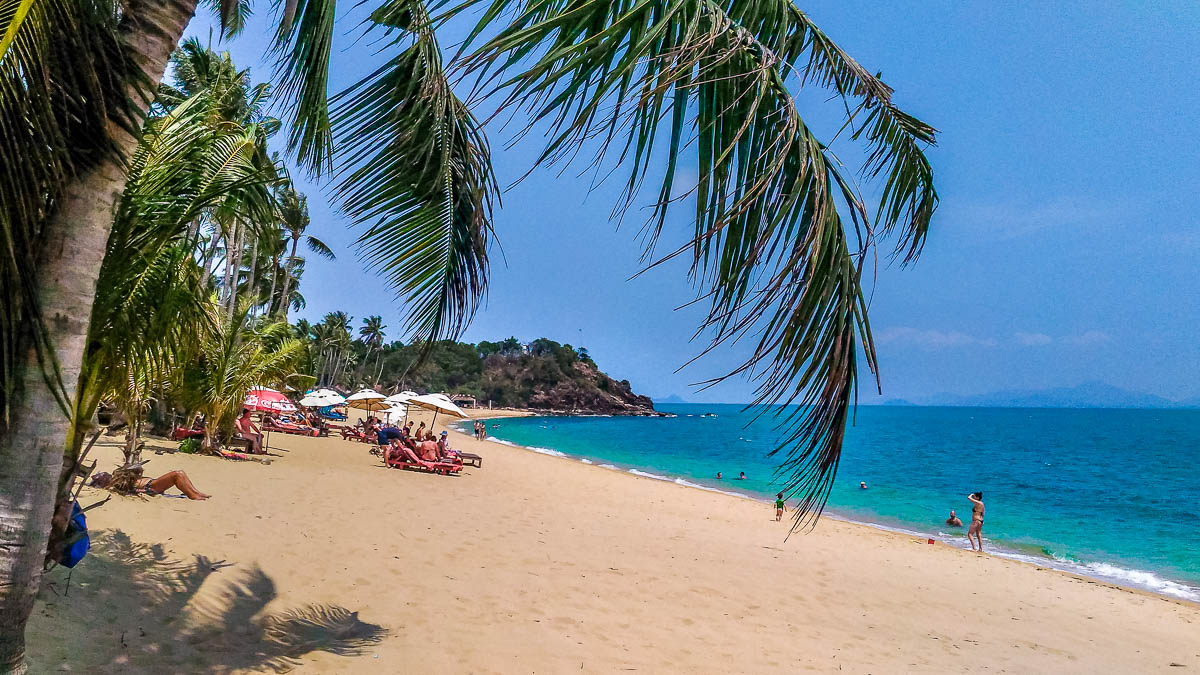 The sand is not quite as white as on Chaweng Beach and also the tourist development started here only a few years later than on Lamai or Chaweng Beach. Accordingly, it is generally much quieter here than at the two main beaches Lamai and Chaweng.

Top 10 Dos and Don’ts in Thailand