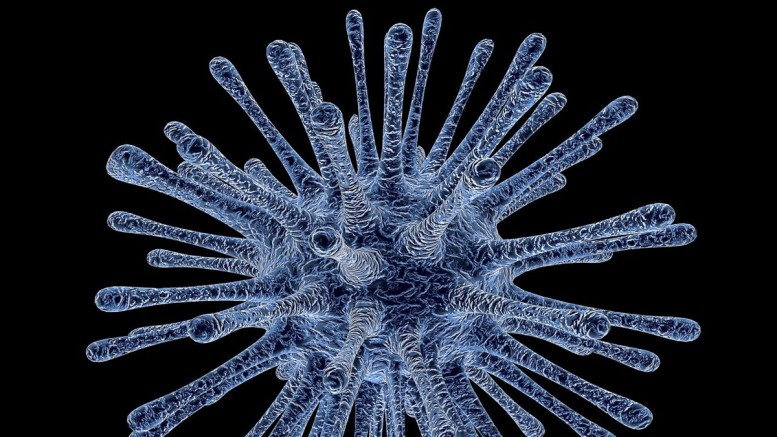 The Corona Virus casts its shadows: In January / February 2020, the Corona Virus spreads from China worldwide. In Thailand, flight connections to and from China were therefore discontinued, as a result there are hardly any Chinese in Thailand anymore.

Some hotels that had specialized in Chinese tourists were temporarily closed. Others lower prices. For the same reason, beaches and the large shopping centers are suddenly much emptier and much quieter than usual.

Since many of the tour buses are now at a standstill, the otherwise chaotic traffic in and around the tourist centers has become much calmer.

An entire hotel with around 1000 guests was quarantined on Tenerife island. In northern Italy, infected people were increasingly reported and several places were closed off from the outside world. Shortly after however, the whole country was put under quarantaene.

Italy becomes the center epicenter of the virus in Europe.

When I look at the development, I wonder whether we can fly to Thailand or the Philippines again in the next season 2020/21 or whether all air traffic will be stopped by then …

10.03.2020 Thailand has now also imposed special measures on entry for holidaymakers from Germany, France, Italy, Spain and 7 other countries.

For example, in Penang for example you can get a new Visa only if you can present a medical certificate.

13.03.2020 Some banks, especially Kasikorn Bank, are closing their exchange offices and also the exchange counters in the branches.

23.03.2020 Although there are still relatively few confirmed cases of corona infected people in Thailand (599), drastic measures are still being decided.

In the meantime, it is becoming more and more apparent that the Corona Virus Test used is very imprecise and has not gone through the usual series of tests. The numbers should therefore be treated with caution worldwide and in both directions.

Starting Sunday, March 22nd, 2020 you can only travel to Thailand if you can present a health certificate with a negative corona test and a health insurance that covers at least US $ 100,000 and treatment of the Covid-19 case at check in.

Many Thais have already been stranded abroad, as it is almost impossible to get such a test quickly, at least in Europe.

Numerous national and international airlines have canceled their flights. Emirates already announced yesterday evening (March 22nd), that it will cease all passenger operations. Only cargo flights will continue to be served.

Bangkok Airways has discontinued all international routes and is no longer flying to Koh Samui. This practically excludes the island from air traffic.

Singapore Airlines (SIA) also announced on March 23, 2020 that it will reduce its capacity by more than 90% because the demand for air travel has dropped dramatically due to movement restrictions related to corona viruses.

138 of the 147 aircraft in the airline’s fleet, including those of the group airline Silk Air and the low-cost airline Scoot from Singapore Airlines, will be grounded.

On March 24th, Thai Airways anounced, that it will ground all services in Asia on 25 March, followed by Australia on 27 March and Europe
on 1st April. The grounding will be until end of May.
Some domestic flights will be serviced by Thai Smile.

Nationwide, most amusement shops such as bars, discos, pubs, etc. have closed.

All Restaurants in Thailand should only be allowed to operate delivery services and the famous Songkran festival is already postponed indefinitely.

Strict controls now when entering Thailand. Anyone who cannot present the necessary documents (see above) will be rejected.

Visa extensions due to Corona Virus

Since some neighboring countries, such as Malaysia, have now closed their national borders with Thailand, it has become difficult to make a border-run or visa run.

All Borders are closed for foreigners

26.03.2020: The government’s emergency decree has been in force in Thailand since today. All borders of the country, on water, on land and at airports are closed to foreigners.

Thais of course, are allowed to return home from abroad.

Also foreigners with a residence permit (long term visa) may still enter and stay in the Thailand.

Many Thais who have temporarily lost their jobs in the cities and tourist centers want to travel to their home provinces, but this is actually prohibited. And so they crowded, at the bus stations to get hold of one of the few remaining seats …

In the past weeks there was also health insurance offered in Thailand, which was quite cheap and was only intended for treatments of Covid-19 disease. This insurance has now been discontinued.

The Thai embassies in neighboring countries of Thailand have announced that they will suspend visa services until further notice.

Thailand’s Embassy in Phnom Penh, Cambodia said it was restricting services to just issuing medical treatment visas (MT or Non-Immigrant O) while the Thai Embassies in Vientiane, (Laos) and Yangon (Myanmar) both announced on their Facebook pages the suspension of all visa services effective 25 March

03/30/2020: All beaches on Phuket have been closed and even the island’s international airport will be closed from April 10th to 30th. “Border controls” take place at the Sarasin Bridge. The island is practically sealed off.

In Chonburi (Pattaya) people were also instructed not to leave the province.

April 03, 2020: The Thai air traffic control authority has since today imposed an entry ban on all passenger flights, which should apply for 3 days.

April 06, 2020: After many provinces in Thailand (Chonburi, Phuket, Krabi, Phang Nga) cut themselves off from the outside world, some districts, such as Patong on Phuket, are now also closing down. Checkpoints will be set up on the access roads and those who do not necessarily have to go in will be rejected.

Most of the hotels have been closed nationwide and some remaining tourists have to move to some specially designated hotels.

The number of corona infected people in Thailand is still low compared to other countries. As of 15. April (update), 2020 there are a total of 2643 cases. 43 of them have died so far and 1497 have been released as healed. So 1103 active cases remain.

April 6, 2020: The three-day entry ban for passenger flights, which should have ended today, is extended until April 18, 2020. This applies to all airports in Thailand. State and military flights, emergency landings, technical stops (whereby passengers are not allowed to get out) as well as rescue and return flights are excluded.

April 8, 2020: Some Thai Facebook pages call for violence against foreigners who do not abide by the rules and are on the road without a protective mask, for example.

April 9, 2020: All visas that were still valid on March 26, 2020 and beyond will now automatically be extended. There are no more 500 baht / day due for overstay.
As soon as the borders are open again, they have to leave Thailand within 7 days.

Foreigners should no longer come to the Immigration Office for the 90-day registration. The order is suspended.

April 13, 2020: As of yesterday, the Johns Hopkins University website only shows the total number of corona cases and the number of deaths for each country. Previously, the number of healed and the remaining cases was also shown there. Now I have to carefully select them from the list of countries. Should the positive numbers be covered up, at least at first glance?

April 15, 2020: The entry ban for passenger aircraft, which was to end first on April 6th and was then extended until April 18th, has now been extended again until April 30th. Until then, no new tourist arrivals in Thailand are possible.

Phuket is due to reopen on April 30 and some airlines are also expecting flight operations to resume.

April 28, 2020: The emergency regulation in Thailand is extended by another month. This also applies to the existing curfew and travel restrictions between the provinces within Thailand.

May 2nd, 2020: Air traffic in Thailand has come back to life since yesterday. All low-cost airlines, such as Air Asia, Lion Air, Nok Air and Vietjet, fly from Bangkok to the country’s most important airports. Only 180 active corona cases in all of Thailand (Germany: 28,341)

May 21, 2020: As of today, there are only 84 active cases of corona infections left in the whole country.
However, despite these low numbers, many of the restrictions in the country remain active.